I noticed an odd effect, that reminds me of screen ghosting on old CRT monitors, when my laptop screen is locked:

Those faint white vertical lines one can see, are actually window borders, and the lock screen is leaking contents of my unlocked desktop! Here is the same screen, unlocked:

However, moving the windows around does not reflect on the ghost image on top of the lock screen: reshuffling windows then locking, produces always the same ghost image. The white border reflects where the window has been at some time in the past.

The lock screen does not seem to be responsible, either: dragging a solid colored window on the laptop screen has the same effect: 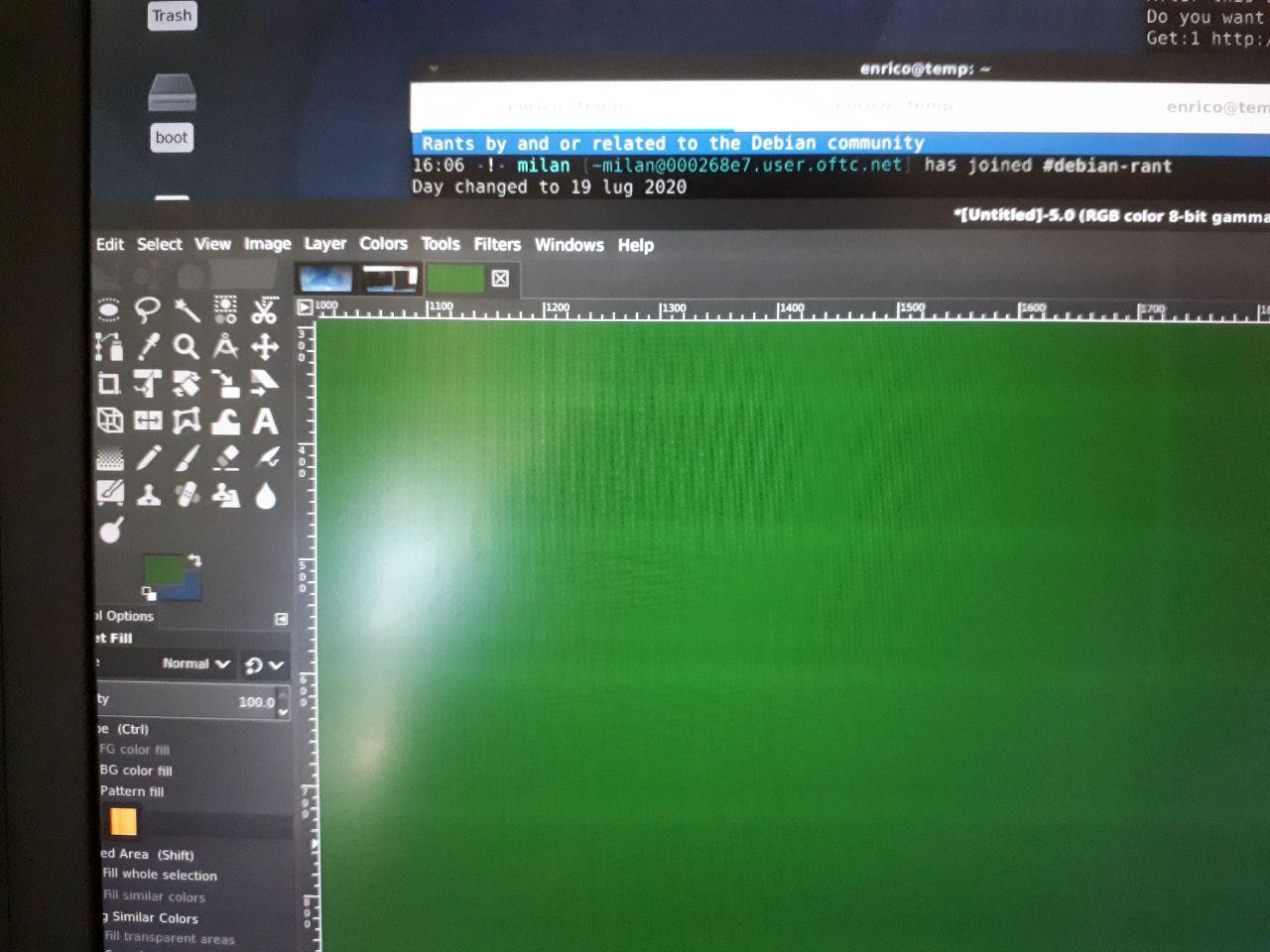 But taking a screenshot of it does not show the time traveling ghost windows: 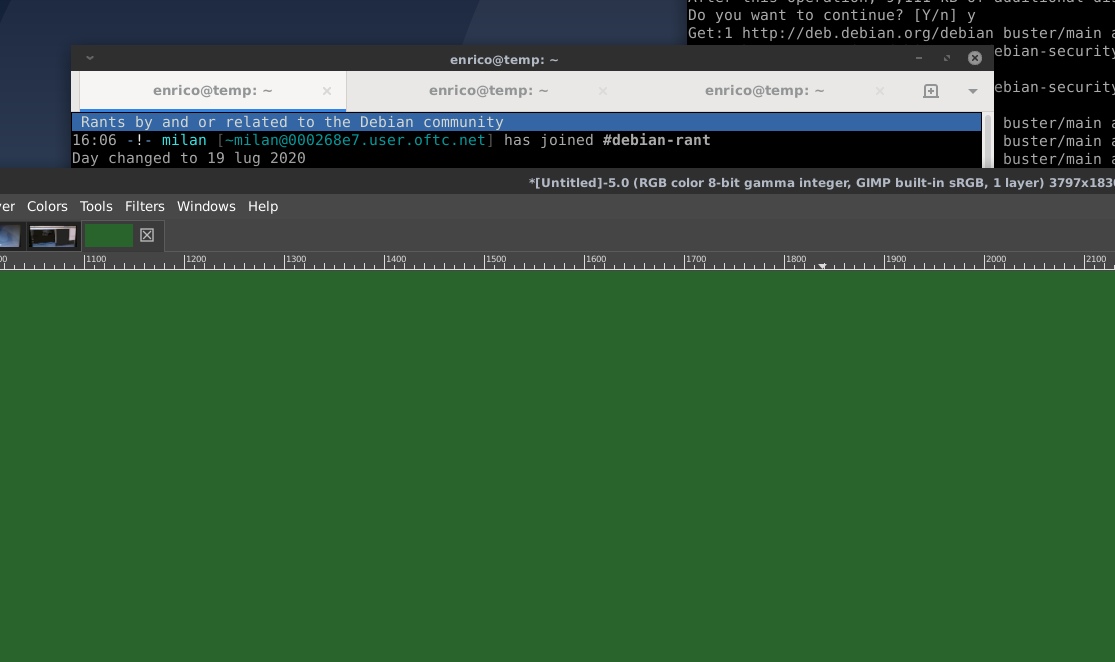 I have no idea where to start debugging this. Please reach out to me at enrico@debian.org if any of this makes sense to you.

Update: Jim Paris pointed me to https://en.wikipedia.org/wiki/Image_persistence which looks pretty much like what is happening here.

Jim Paris also pointed out that a black background doesn't show the ghosting.

I changed the lock screen background by editing /etc/lightdm/lightdm-gtk-greeter.conf and adding background=#000000 to the [greeter] section, to limit information leakage through ghosting in the lock screen.