Long ago I blogged about using apt-xapian-index to write an application launcher.

Now I just added a couple of new apt-xapian-index plugins that look like they have been made just for that.

In fact, they have indeed been made just for that.

After my blog post in 2008, people from Truelite and the FUSS project took up the challenge and wrote a launcher applet around my example engine.

The prototype has been quite successful in FUSS, and as a consequence I've been asked (and paid) to bring in some improvements.

The result, that I have just uploaded to NEW, is a package called fuss-launcher:

It's worth mentioning again that all this work was sponsored by Truelite and the Fuss project, which rocks.

When you open the launcher, by default it shows the most frequently started applicationss and the favourite applications: 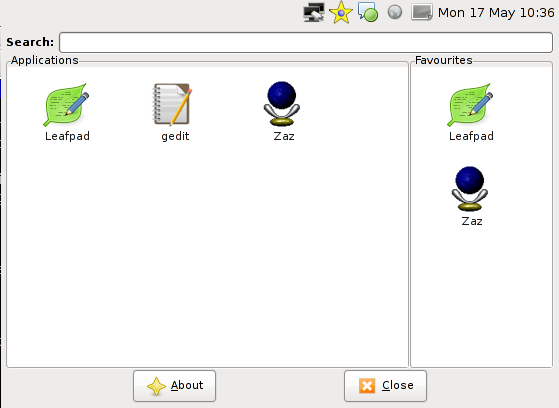 When you type some keywords, you get results as you type, and context-sensitive completion: 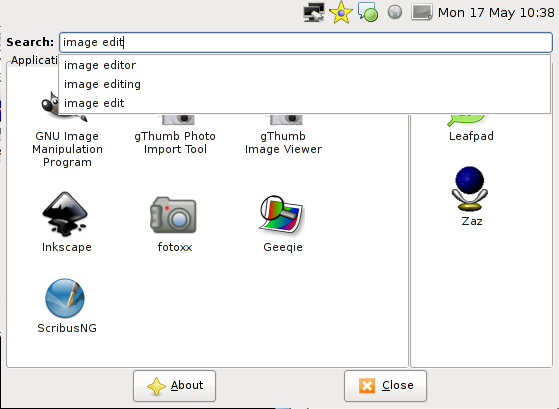 When you drag a file on the launcher you only see the applications that can open that file: 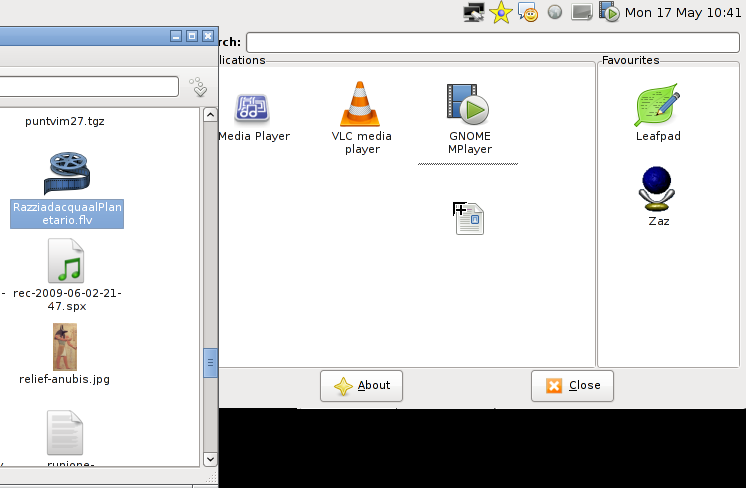